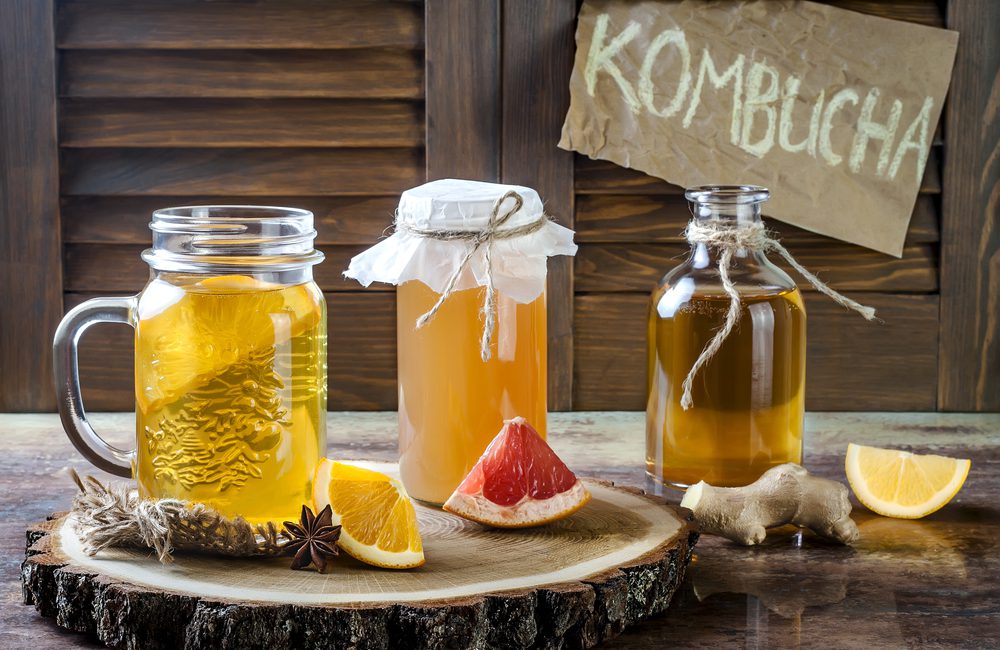 Entering the Magic world of Kombucha!

Kombucha originated in the Far East, probably 2000 years ago in China. It is known as the immortality tea. It has been used for many centuries in Western Europe, Russia and Japan. Kombucha spread to Poland, Germany, and Denmark until World War II.  After World War II, it was rediscovered in Germany. In the 1950s, it was the drink of the Italian jet set.  Made by fermentation of tea and sugar by lactobacillus and yeast cultures. Contains glucoronic acid, lactic acid, acetic acid, amino acid, antibiotic substances and vitamins C and B. The symbiosis of yeast cells and bacteria forms a thick, glossy plaque called the kombucha mushroom or scoby.

Making your own kombucha can be very cheap, but it requires a small initial investment and an investment of time and stamina.
Every 14 days to set up a breeding again is very good but requires a lot of discipline. You should regularly check that the drink is ready to drink.
The incubation time is often different, depending on the amount of starting liquid and the temperature of the culture.

Specific taste, both sweet and tart, with a refreshing, long-lasting sparkle.
People who drink it often experience a light, natural feeling because of so many probiotics.

Making the tea is called ‘first fermentation’, once you’ve done this you can switch to a ‘second fermentation’ where you can add herbs, spices, fruits and vegetables to give your komucha an extra dimension. So in the summer you can experiment with different flavors and it’s fun on your barbecue table!

What is that mushroom?

It’s not a mushroom. This “living” creature is called a SCOBY, a mix of bacteria and yeast that ferment sweetened tea, creating kombucha. The scoby is also known as the “mother” because of her ability to produce a new “baby” with each fermentation. The baby is separated from the mother once it is 5 millimeters thick, making it the ‘mother’ and then having another ‘baby’. The scoby colony ferments the tea by eating the sugar and producing enzymes and acids.

Can I drink it endlessly?

Moderation is the key! Especially when it comes to probiotics and live drinks that your body isn’t used to.
Start with 125 ml per day on an empty stomach and experience that after 1 week your body has adjusted so that you can increase to 250 ml and thus build up to a maximum of 500 ml per day.
If you experience nausea and such, lower your dose!

Voila, you’re on the right track with this delicious drink!

The Truth About Kombucha

The amazing world of Matcha

How to Cook Broccoli to Retain the Most Health Benefits