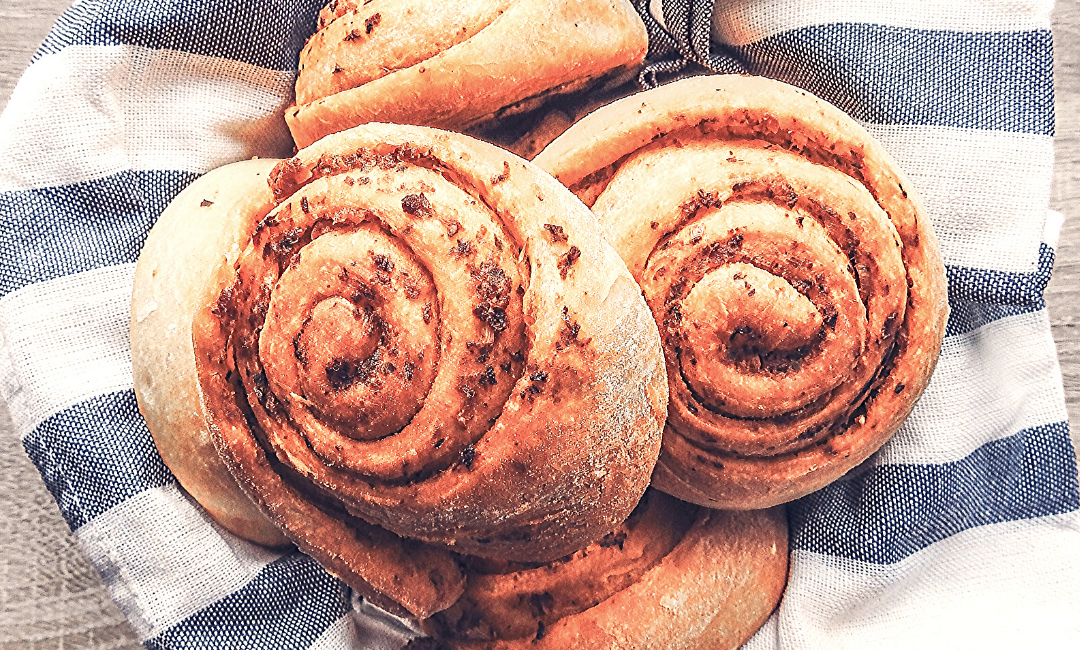 These gluten and dairy-free cinnamon rolls make a deliciously filling dessert or accompaniment to a cup of coffee. They’re also keto-friendly at just 2g net carbs per roll and take only 30 minutes to whip up!

Unlike the traditional cinnamon roll, these have a slight (and literal!) twist, which means they can be made super-easily as a quick treat. You don’t even need any yeast!

They require just 10 minutes in the oven, which leaves the texture soft and doughy inside, but you can leave them in for a bit longer if you prefer a crispier finish, totally up to you.

The ‘dough’ used to make these keto cinnamon knots is a mixture of almond and coconut flour, with some xanthan gum (this acts as the gluten) and some baking powder. These ingredients are non-negotiable and can’t be substituted – trust me; this is how you will achieve that gorgeous doughy texture that cinnamon rolls are known for.

As for the sweetener, you have a couple of options – Swerve and Pyure are both great options, as is xylitol. Just remember that xylitol is toxic for animals, so keep it away from pets. If you’re okay with a little sugar in your recipes, you could substitute the sweetener for coconut sugar (or if you’re feeling a bit naughty regular sugar!).

Ingredients for these 30 min cinnamon knots

For the dairy and gluten-free keto dough:

For the cinnamon knot filling:

For the cream cheese glaze:

Method for these 30 min cinnamon knots

For the keto dough:

To make the cinnamon roll knots:

Have a good meal!

What is a ketogenic diet?

How to marinate prawns ?