IBS & FODMAP : War in your belly 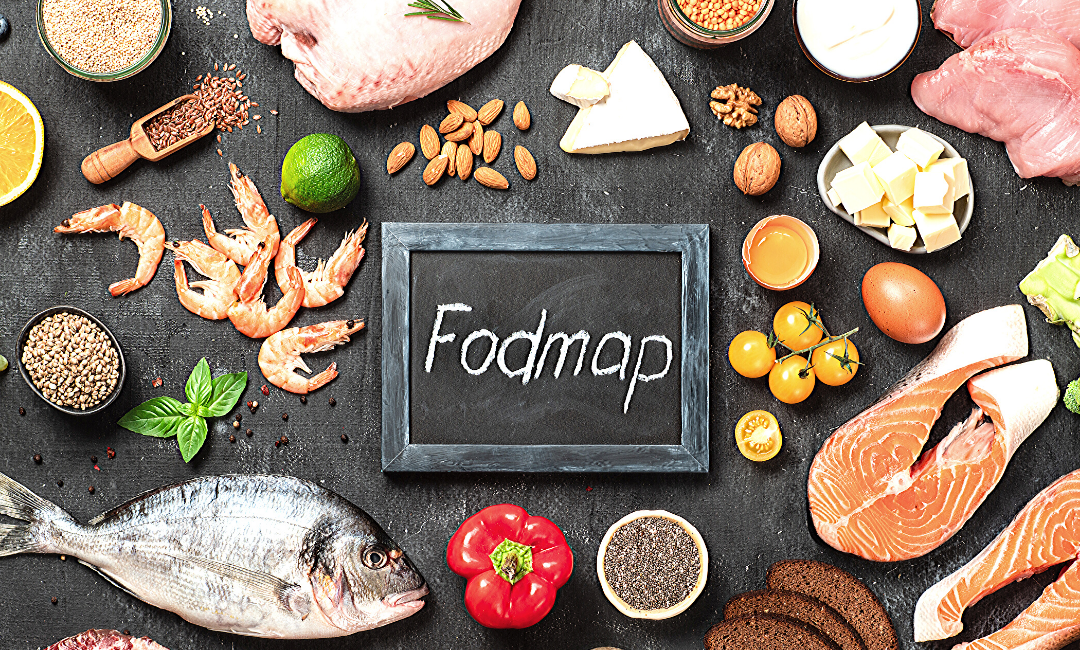 What is IBS or FODMAP?

IBS or Irritable Bowel Syndrome is common. Some people, after eating beans or peas, suffer from stomach complaints; even when they pay close attention to their diet and eat healthily. It could be that he or she is sensitive to so-called FODMAPs.

FODMAP is an abbreviation for “Fermentable Oligosaccharides Disaccharides Monosaccharides and Polyols” or Fermentable Oligo, Di and Monosaccharides and Polyols. These are carbohydrates (sugars) in the form of small molecules that cannot be broken down or can only be broken down in the small intestine; that is why they end up undigested in the large intestine, where they become a delicious meal for certain bacteria, or where they”ferment”. Fermenting is not unhealthy, but this process leads to some people suffering from bloating, gas, pain, diarrhea and or constipation: symptoms of Irritable Bowel Syndrome (IBS). These small molecules also attract a lot of water if they are in large quantities in the small intestine. I will save you the details of how that works but remember that the extra volume that has to fit in the intestines, can result in complaints such as diarrhea or constipation and pain.

Why do FODMAPs cause IBS and other problems?

FODMAPs are not digested in the small intestine but passed on to the large intestine, which contains billions of gut bacteria that feed on it. Not everyone has the same gut flora. If you have a lot of bacteria in your intestines that can ferment well, then it is possible that you will suffer more from the FODMAPs because you simply produce more gases. In addition, it is important how sensitive your intestines are.

Women have a longer colon than men

If the nervous system in your intestines is very sensitive, you may experience more FODMAP fermentation than other people with the same diet. This can be exacerbated by the fact that not everyone can release the gas produced as easily as wind; sometimes it lingers in the intestines and causes the annoying bloating there. A deeper pelvis, making it easier to create a loop in the gut that makes it even more difficult to get rid of stools or gas. This can also can cause pain and discomfort.

FODMAPs in cereals and garlic-like crops

The most notorious culprits among the FODMAPs are the so-called fructans and galactans (the oligosaccharides). A large part of the complaints that people have because of FODMAPs are caused by these two. Fructans are found in wheat products such as bread and pasta and in some vegetables such as onions, cabbage, leeks, and garlic. You can also suffer from the fructans FOS (oligofructose or fructooligosaccharide) and inulin, which are often added as prebiotics to certain supplements such as dietary fiber. Many people get lots of fructans from the many wheat products (and also barley and rye) that we usually eat, while no one is able to digest them. This can therefore be the cause of your PDS symptoms.

FODMAPS in legumes and dairy

Galactans (including raffinose and stachyose) are often found in legumes such as beans, lentils and chickpeas. These cannot be digested and can lead to IBS complaints.
The disaccharide lactose, found in milk and milk products from cow, sheep or goat, is also a FODMAP. Lactose can be digested by many people when they have enough of the enzyme lactase in the small intestine wall, which ensures that the lactose can be converted and absorbed. However, people who do not have this enzyme or do not have enough (especially people of Asian descent) are lactose intolerant. This also causes abdominal complaints such as cramps, bloating and diarrhea. This is less common than intolerance to fructans and galactans.

There is also the monosaccharide fructose, which you can find in natural products such as fruit and honey, but is also often added to our food in different forms in the food industry. This can lead to fructose intolerance in some cases and cause complaints. When the fructose in food is accompanied by glucose,  there will be fewer complaints, but when fructose dominates and is very present in something, it can lead to IBS symptoms. Finally the polyols. These are carbohydrates whose names end with ‘ol’ and are often used as artificial sweetener (whether or not indicated by the E number) in the food industry, such as sorbitol (E420), mannitol (E421), maltitol (E965) xylitol (E967). These substances, too, are poorly digested and absorbed and cause problems such as diarrhea.

Gluten or FODMAPs? what is the problem?

Many people omit gluten-containing grains, such as wheat, barley, and rye, because they think they suffer from hypersensitivity to gluten. For many people, gluten-free food also brings a significant improvement. Recently, however, it has become increasingly clear that not everyone’s protein gluten is responsible for the complaints, but the fructans found in these grains. This means that it is still best to avoid these grains. In this way, gluten-free and FODMAP-free overlap slightly.

It is difficult to avoid all FODMAPs

The amount of troubles one will get depends on how many Fodmaps you consume. They have a so-called cumulative effect: the more you eat of it in one meal, the worse the symptoms can get. Since most meals contain a few types of FODMAPs, it is useful to track your complaints and consumed foods for a while. So, after a while of tracking food and complaints, you can omit or limit those foods in order to stay below your tolerance.

A FODMAP-poor diet  can be a solution

If you suffer from many of the symptoms mentioned above, it is certainly advisable to follow a diet poor in FODMAPs for a while. In the elimination phase, you eat as little FODMAPS as possible and after easing your intestines for a while, you start by adding one food after another and observe which one still bothers you.

When buying processed food with a label you should be aware of the following ingredients because these are FODMAPs: inulin, fructose or oligofructose, fructose syrup, glucose-fructose syrup, corn syrup, milk powder, milk components, lactose, whey, isomalt, maltitol (E965), mannitol (E421), sorbitol (E420), xylitol (E967). The sooner one of the ingredients listed above appears on the list, the more of this substance will be in it. If the ingredient is at the very end, you may not be bothered by it, because, as mentioned before, a little bit of a FODMAP is not bad; it is about the accumulated quantities.

The problems that can be caused by FODMAPs have not been known for very long and a lot of research still needs to be done to get everything clear.

It could be helpful for you to get a paid app such as the one of Monash University in Australia, where people have been doing extensive research on FODMAPs for a long time

The following books could be helpful too :

This post contains Amazon Affiliate links. If you click on one of these links and purchase a product as a result, we may earn a small commission. This money goes towards the running costs of the site. Thank you for supporting Holisticdelsol